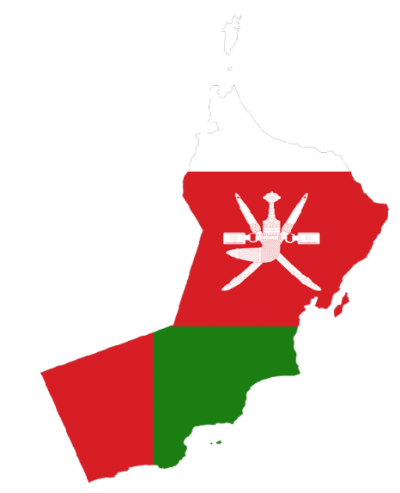 Despite MSA as the only national official language and English as the main business language, Omani Arabic is the main variety spoken in the country, mostly in Central Oman and on the island of Zanzibar. Dhofari or Zofari Arabic is spoken in Salalah and the surrounding Southern coast, whereas Gulf Arabic is also spoken along the border to the UAE.

Due to the influx of Indian and Pakistani migrants, Asian languages like Urdu and Hindu are also spoken in Oman, as well as Balochi. Balochi is a Northwestern Iranian Language spoken by the Baloch people from Balochistan in western Pakistan, eastern Iran, and southern Afghanistan. It is distantly related to Arabic but shares features with Semitic languages in Eritrea and Ethiopia and is written with the Urdu Arabic script.

More language minorities include Arabic varieties and Semitic Languages such as:

and Southwestern Iranian Languages such as:

Other languages are Swahili due to trade relations with Zanzibar; endangered Indo-aryan Luwati, mostly spoken in Muscat and in the Northern region of Oman; and Afro-asiatic Bathari, which is closely related to Mehri and spoken on the southeastern coast of Oman

We provide our clients with top quality interpreting and translation services in Dubai, Abu Dhabi and beyond. Our team of skilled and experienced professionals includes specialists in over one hundred language combinations, who are ready and waiting to meet all your translation, interpreting and localisation requirements.

For any question or to request a free quote please contact:

If you prefer click on this button to send your request directly trough our web form: